Today, I had an encounter with a road rager on Kings Road on my way home. Here's what happened:

I got passed by a junky old car less than four centimeters from my handlebars. I blasted him with my Air Zound and he didn't even so much as look back. I was going to let it go, but then I saw him turn right into some narrow side streets. I knew I could catch him there, so I signaled and followed him in. I was carrying copies of Crazy Biker Chick's Things a non-cyclist might not understand. I hand that out to drivers in situations like this. It also includes my contact information on the last page in case the receiver has any questions about it.

Anyway, I pulled up alongside and called to him. He ignored me and pulled away. About a block further, he got caught in a lineup at a stop sign. He glanced back and saw me approaching. He opened his door and called back: "Get away from my car, bye!" I called back that I just wanted to give him one of my fliers and held it up for him to see. He just repeated, "Get away from my car!" and slammed his door. Bear in mind, at this point, I was simply behind him in the normal flow of traffic.

Since he couldn't go anywhere, I seized the opportunity to pull up alongside him and knock on his window. I held up the flier again. He ignored me. I knocked again. I couldn't make out exactly what he was saying, but it was pretty clear he didn't intend to roll down the window. So I rolled forward a meter and lifted his windshield wiper to put the flier underneath. He opened the door, jumped out and said: "Get away from my car or I'll knock your f*BEEP*ing head off!"

Well, this guy was pretty old and fat, so I figured, even if he did attack me, it would be him, not me, that would catch the worst of it, so I wasn't particularly intimidated. So, I just calmly proceeded to put the flier under his wiper and pedaled away. I figured, in the mood he was in, there wasn't much I could have said to him, anyway. I just hoped that he'd go home, read my flier and maybe give me a call to talk when he'd regained some sense.

I didn't look back to see what he did with the flier. Most likely, he just threw it away. Still, I'm almost hoping he does call. I'd be interested to hear what was going through his mind during our encounter...
Posted by Unknown at 10:00 PM 5 comments: Links to this post

Lately, I've been trying really hard to reconnect with my past. After my grandmother passed away, I just started feeling a need to go back and remember happier times when I lived with her and my uncle out in Coxheath. This is one of the reasons I decided to look up my old friend Evan Perry. "Ev" was one of the best friends I ever had back then, but we kind of drifted apart. We'd touch base once in a while but we pretty much went our separate ways when I moved from Coxheath into Sydney in the summer of 1999.

Recently, he mentioned that he had been at my grandmother's funeral. I was genuinely moved to find out that he had been there. I didn't know. I was so out of it that day, the whole day barely even felt real. Recalling it now, it almost feels like a dream (if only it was :(). The only people I was fully aware of were my uncle, my sister, and my mother. My uncle had asked me to keep my composure and not start crying and it took every ounce of my concentration and effort to honor his request. So, I really didn't know who was there aside from my immediate family.

I felt bad that I missed seeing Ev because I was genuinely moved when I found out he was there at what was the lowest point of my life so far. It made me think that maybe I've been neglecting my friends, and not just Ev. I hardly ever talked to Robert Martell, either, and he's been my closest and most loyal friend since high school. My excuse had always been "I can't afford the long distance," but the truth is I could have found a better long distance deal if I wanted to. It was nothing more than apathy. I have no excuse.

So, ever since my grandmother's passing, I've been making a point to reconnect with these old friends. Exploring my feelings, I've discovered they're all still as important to me as they've always been, and everything that's happened has made me realize that they might not always be there. I can't keep saying "I'll get in touch with them tomorrow." If you wait too long, you eventually run out of tomorrows...

As soon as Eastlink's telephone service became available here, I switched to them immediately. Their long distance deal is impressive, and I've been using it to call Rob weekly. Rob is also coming to Sydney for a visit this coming week. I have two vacation days Thursday and Friday of this week I originally took to attend the Cape Breton Island Film Series 100th film celebration. Now I'm thinking those vacation days might better be spent with friends.

At the same time, I'm also looking up Ev again. Fortunately, although I couldn't find his phone number, I did still have his E-mail address. When we finally touched base, I got a pleasant surprise: Ev's a dad! I knew he had a girlfriend, but I had no idea she was pregnant! 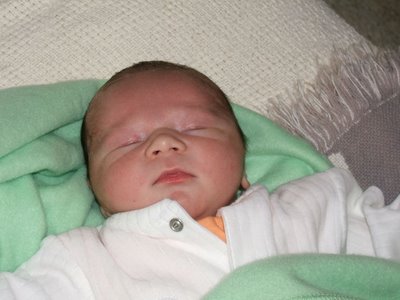 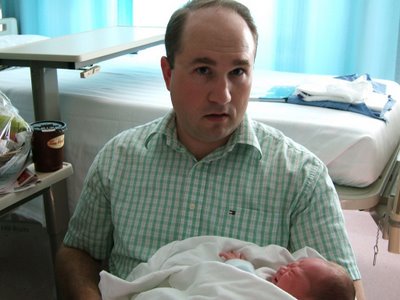 As I haven't been in touch with Ev for so long, I've never actually met his girlfriend Lyndsey. I have to assume this is her: 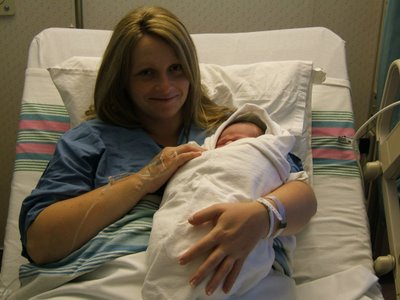 She certainly has a beautiful smile. I look forward to meeting her. :)

I guess I missed out on a lot of Ev's life, and Rob's for that matter. I should have stood with Rob on his wedding day, but I wasn't able to get to Bedford for the day. I just couldn't afford it (Rob has since moved and lives in Sackville now). I still feel bad about that to this day. Now, I almost missed out on what was undoubtedly one of the happiest days of Evan's life, too. I guess it was just fate that I got back in touch with him in time to see this little miracle happen.

Enough feeling sorry for myself. Enough apathy. I still have some good friends. It's time to reconnect with them while we still have plenty of good years left.

Time to make up for lost time.

Rob, I'm looking forward to seeing you when you come down this week. Oh, and happy birthday, buddy! ;)

With luck, maybe we can all get together some time this week?

See you guys soon.
Posted by Unknown at 9:25 AM No comments: Links to this post

Please click the above title and read Riin's farewell to her beautiful angora bunny Frida. :(

I've been feeling profoundly sad since I found out yesterday. I'd always hoped I'd have a chance to meet Frida some day when Riin moves here. Now I never will.

Riin says she's going to make me something from Frida's fur (she still has two pounds of it). I'm hoping she'll knit me a little bunny I can display somewhere, in Frida's memory.

Sorry I didn't get to meeet you, sweet fuzzy girl. Riin used to talk about you all the time. I felt like I knew you.

I think I'll miss you almost as much as she does. :(
Posted by Unknown at 9:01 AM No comments: Links to this post

Looks like it's back to Subway come Monday... :/
Posted by Unknown at 8:57 AM 2 comments: Links to this post